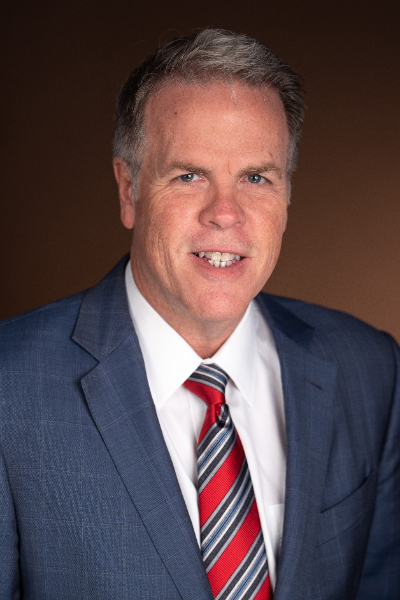 David J. Shea is the founding and managing partner of Michigan-based Shea Law.

Most recently, Mr. Shea partnered with former Michigan Attorney General Mike Cox to hold University of Michigan accountable for the sexual abuse of its students and student-athletes at the hands of its athletic team physician, Dr. Robert Anderson, resulting in a $470 million settlement on behalf of the survivors.  Further, Mr. Shea was appointed lead counsel in a major federal court class action against Michigan counties seeking compensation on behalf of residents who have suffered millions of dollars in losses from the unconstitutional taking of their property through unauthorized tax foreclosures (as held by the Michigan Supreme Court).  Thus far, Mr. Shea has secured $40 million in settlement proceeds.  Finally, Mr. Shea was appointed to the discovery committee by co-lead counsel in the City of Flint Water Crisis Class Action – one of the largest class actions in history.

Mr. Shea began his career as a member of a highly-specialized team at Plunkett Cooney representing Ford Motor Company and its interests as national counsel for the company’s broad range of complex product liability lawsuits. He and the team also represented many of the nation’s most recognizable national manufacturers in mass litigation/toxic tort matters involving such environmental issues as asbestos, cobalt, benzene and formaldehyde.

Mr. Shea represented the iconic Mackinac Bridge’s architects in the highly-publicized “Yugo” wrongful death case and was a member of a three-attorney team who obtained the top defense verdict in the country in a multi-plaintiff wrongful death product liability federal lawsuit against the Fortune 50United Technologies.

Mr. Shea began representing plaintiffs in product liability and toxic tort/mass litigation in 1992 with the law firm of Sommers Schwartz. He principally represented more than 1,500 women in the nationally-recognized silicone breast implant litigation, where he was appointed as only one of three lead counsel in Michigan to represent the plaintiffs’ interests.

In 2000, Mr. Shea formed the law firm Miller Shea with E. Powell Miller and developed a relationship with the Hantz Group serving as the company’s chief counsel. His newly formed law firm specialized in class actions, commercial litigation, securities law and estate planning. In just five short years, Mr. Shea and Mr. Miller grew Miller Shea, P.C. to 40 attorneys and were honored by Crain’s Detroit Business for leading one of the fastest growing law firms in the state of Michigan.

Mr. Shea formed Shea Law in 2007. He focuses his leadership and expertise in several primary areas: representing victims of abuse, including the elderly and survivors of sexual assault; representing investors and their trusted advisors in investment loss and FINRA- related matters in Michigan and nationwide; representing businesses in national commercial insurance loss and agency malpractice litigation; serving as Board Member and outside General Counsel for Hantz Group, one of the largest financial service companies in the Midwest where he oversees all legal, regulatory and employment matters; and managing the day-to-day vision, growth and operations of the law firm. Mr. Shea is also active in general commercial litigation matters, as well as representing plaintiffs in legal malpractice claims.

Mr. Shea’s national litigation practice has obtained many multi-million dollar verdicts and settlements over the last several years in Michigan, Ohio, Indiana, Colorado, Kentucky, Washington, New Jersey, Alabama, Missouri, Georgia, and Florida. His practice is an eclectic mix of clients and cases. He obtained the fourth largest settlement in Michigan for a national hotel chain insurance loss and obtained one of the top ten largest settlements for an insurance fire loss claim in northern-Michigan. Mr. Shea successfully represented the Indiana high school where the film Hoosiers was filmed after a fire devastated the historic gymnasium. He litigated lawsuits on behalf of the owners of the former Standard Oil Refinery in Cleveland, Ohio after its facility was contaminated by PCB, causing a complete shutdown. Mr. Shea was hired by the Terra Haute International Airport to sue its insurance company when it failed to pay for severe losses from multiple and violent tornados. He represented the Pontiac Silverdome in a multi-million dollar lawsuit in 2013 after its entire roof was shredded into pieces after a violent winter wind storm. Mr. Shea took on Providence Hospital after it terminated all of its nurse anesthetists on New Years’ Eve, 2015. In 2019, Mr. Shea obtained a multi-million dollar settlement in an elder abuse lawsuit filed in Florida regarding the manipulation and coercion of a mentally incapacitated widow to change the terms of her will to leave all of her wealth to the defendant. And he fought off not one, but two $20 million securities class actions filed against a large Michigan-based broker-dealer.

Most recently, Mr. Shea has turned his attention to the development of BluHarbor Legal, a first-of-its-kind subscription-based legal plan offered as a voluntary group benefit for associations and employers. BluHabor Legal offers comprehensive legal services for a monthly fee and is estate planning centric – appealing to those 85% of people who don’t have (but very much need) a trust, POA, and medical directive. It leverages technology (through proprietary software, tele-law, and mobile applications) to develop and maintain a strong relationship with the client/employee.

Mr. Shea was appointed and served as Special Assistant Attorney General providing securities-related advice and counsel to Michigan Attorney General Mike Cox and has been recognized as a SuperLaywer, Top 50 Business Attorney in Michigan and Top Business Litigation Attorney by Crain’s Detroit Business and Hour Detroit. He has served as a member of the Board of Directors for the Hantz Group since 2006 and is “AV Rated” by Martindale-Hubble.